(Nature is a massive force of production.  She has created, and still is creating, a vast FORMation on this planet.  That is why we can say that when we ACT for good reason, we are being InFORMed.  It will be suggested in this series that acting according to our design and relying on our in-formation is the basis for Human Freedom.

In this post, Number Ten in the Series, Mother Nature’s expansion on this planet is described.  From post nine, the theme will be developed that in our two environments Nature’s formation has grown with an internal coherence and an accumulation of powers.  The general structure of our living world will feature a vagueness, a lack of solid boundaries and absolute end-points and origins.  It is in this realm that complex accumulations of functions are the norm.  Being a person in a society of persons, and having a mind in a mindful society, is the utilization of Nature’s accomplishments for our (and Nature’s) purposes.  It is the contention here, at naturereligionconnection.org, that this is a worthy pursuit, worthy of  a modest veneration of both ourselves and our planet.  Originally published 1/25/19)

Each organism actually lives in two environments.  One, the more ‘personal’ world which is ‘home’ to it and full of its ‘fears’, ‘food’. ‘competitors’, ‘mates’, ‘enemies’ and often much more.  This has been called the “umwelt”, or ‘sign-filled surroundings’.  It is where information lies for that organism.  The other is an environment of which most organisms are not aware; it is very impersonal, objective and universal to all living things.  It contains no signs or meanings but does contain causal forces.

We now understand the history of these two environments.  Evolution is the gradual

and persistent expansion of the various forms of life —and their umwelten — further and further into the domain of the more impersonal and ‘objective’ environment.  The various “umwelten” have transformed the world of impersonal molecules into a panorama of signals and significances.

At this level of biological events, never did an organism exist without the information (the environment) necessary to make its parts pertinent.  And never did an environment exist through time that was not changed by the organisms that composed it.  The first organisms not only lived in their environs of information but, also, slowly filled the more objective environment with oxygen — a new factor, and today plants attempt to hold oxygen in balance with carbon dioxide.  Eventually, decomposers created soil and its nutrients.  Jungles, forests, and reefs evolved to teem with life interacting with its other living forms.  As argued in Nature Reflects: spiders built webs, beavers built dams (and ponds resulted), birds nests, and humans built cities and now change the very temperature of the planet!  The Earth is 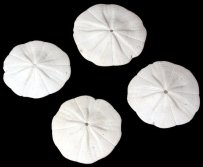 In fact, historically, “Evolution is all about turning ‘bugs’ (design inefficiencies) into ‘features’, (and) turning ‘noise’ (interference to signal or ambiguity) into (clear) signal” (my parenthetical additions:GWW).  Natural Selection is “the gradual, purposeless, nonmiraculous transformation of…(the earth) … over billions of years”, writes Dennett.  Mother Nature’s process is filling in the earth (the objective environment) with her products, and doing so with increasing sophistication!  The ‘more objective’ and impersonal environment is fading further and further into the

background as additional layers of biologic complexity and description are added.  Mother Nature is sculpting her form here on Earth!

It is as if some communication is going on.  Natural Selection is  not the ‘normal’ one way push of a cause. It is no simple and repetitive ‘this, then that.”  The two pieces — organism and environment — presuppose each other and, in that

sense, are a “circle”of interaction by function and by definition.  Creature and environment had to evolve together and it is the language of genetics that is the medium for this ‘conversation’.  Person and society of persons, had to evolve together, and the codes of human language are the medium for these changes.  The organism’s organs and the whole organism evolved together and are linked to their various environments throughout history by their genetic material, which is the record, or language, that records the outcomes of this history.  Humans, using our genome and spoken language as the record of this history of interaction, have proliferated and created a tremendous technology through the increasing utilization of the opportunity of the objective environment, turning it into umwelt — more signal and sign.  This is a process of “in-formation”, Dennett tells us.  Life is a focal point of organization and within it all various forms continue its structure.

more ‘objective’ environment in this small corner of the universe and over the past sixty hundred million years (six billion).  Natural Selection is at work. Writes Dennett:

“Evolution by natural selection churns away, automatically extracting tiny bits of information from the interactions between phenotypes (whole, equipped organisms) and their surrounding environments … Over time, designs are ‘discovered’ and refined… Thanks to these encounters with information … Darwinian lineages ‘learn’ new tricks by adjusting their form … They are, then, in-formed,  a valuable step in local Design Space”.

And, these processes continue and expand at the design levels of some organisms and especially humans.  Creatures that learn, not only adapt their form by Natural Selection from generation to generation but also, says Dennett, they…

“…inform themselves during their own life-times by their encounters with their environments, becoming ever more effective agents thanks to the information they can now use to do all manner of new things, including developing new ways to further informing themselves … The rich get richer.”

This is a circular and self-enhancing process.  The analogy of the one-way interaction of billiard balls — simple causal relations — is no longer pertinent.

And just as this process has grown in scope and sophistication, so also we can speculate about its origin.  Strange to say, in a sense, never did life suddenly evolve from non-life!  Scraps of life, cruder forms of its marvelous design, had to exist before it along with

the information in their environment that “triggers”, is “read” and is “used”, is “answered by” these “semi-hemi-demi-agents”, as Dennett playfully called them.   And the same is true of the signals and information used by agents.  It too is refined, specified and explored to find more subtle signals, clearer information and more helpful patterns.

Mother Nature’s Evolutionary Process draws no hard and fast lines.  We, persons, are exquisitely designed and this corresponds to our information in the environment that must accompany us.  A human social organism has now evolved.  We and this modern environment of ours is just the more full-blown, enhanced versions of the simpler agents and their environments that came before.  Evolution is the theory of how these “packages”, these Virtuous Circles, appeared and progressed through history.

Human Freedom is then an outgrowth of this living world.  Relying on life’s information, an accumulation of abilities has developed of which we are the beneficiary.  Relying on our intimate association with and within this living structure, we are designed to act, and then use our special pattern-recognition faculties to not only recognize patterns in the Nature around us but also in our own behavior.  In the following posts, this form of freedom will be more completely described.